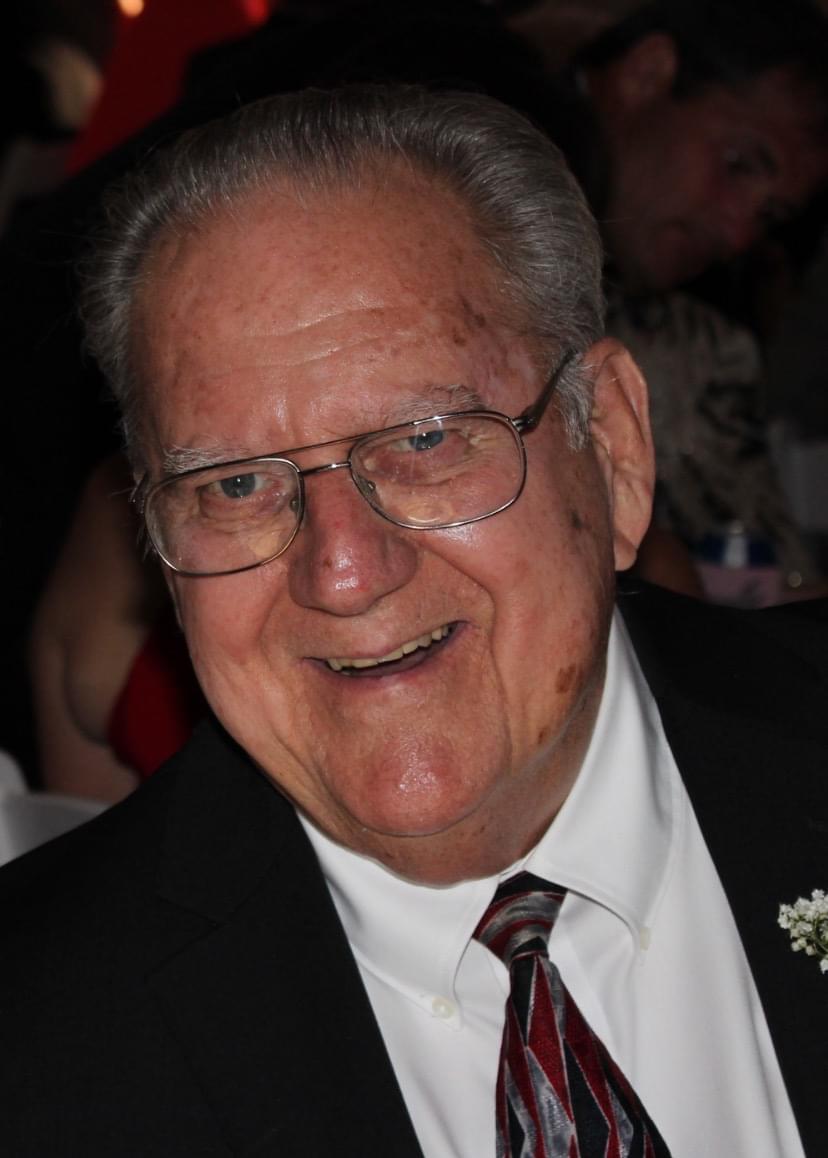 Roger was born December 25, 1935, in St. Elmo, IL, at his grandparent’s home, the son of James and Helen (Wurl) Landreth. He spent his early years in Moro, IL where he attended a two room school for the first eight grades. He graduated from Edwardsville High School in 1953. While there he played football, basketball and his favorite was baseball. Roger signed a minor league contract to play baseball with the Chicago White Sox. He then joined the United States Marine Corps in 1954 and served until 1957. He married his high school sweetheart Jane Schroeder in 1954 while serving in the Marine Corps. Roger attended SIU Edwardsville while working at Shell Oil Refinery in Roxana until he became Petroleum Salesman for Madison Service Co.

He became a Plant Food Sales Manager in Camp Point, Adams County where he became an avid fan of the Quincy Blue Devils basketball team. Roger was then transferred to the Northern Illinois Regional Division of Growmark in November 1974. He became Regional Petroleum Sales Manager for the northern counties in Illinois where he made many friends.

After retiring in November of 1997 from Growmark, he began a career at Country Companies Insurance. There he was awarded the honor of All American three different years. Roger and Jane enjoyed their retirement traveling all over the country as well as Mexico, Jamaica, Europe and Canada. Roger’s fascination with the St. Louis Cardinals Baseball team began in his early childhood. He was an avid fan attending many games each year especially several World Series’ with the Cardinals. Roger was also able to attend several spring training seasons in Florida.

Over the years Roger has been a member of several organizations in the area which include: Charter Member of the Jaycees in Edwardsville, Lions Club in Camp Point, Kiwanis of the Sauk Valley where he was Kiwanian of the year in 1996, American Legion Post 12 and the Dixon Country Club. He was also a faithful member of the First Presbyterian Church where he served on the Session and many committees. Roger could often be found either on a golf course or boating the Rock River. However nothing was more important than spending time with his family.

Roger was preceded in death by his parents; two grandsons, Dustin and Derek Hummel.

A private family visitation and service will be held on Saturday, January 23, 2021 at the First Presbyterian Church in Dixon with Pastor David Spaulding, officiating. Burial will follow at St. Patrick Cemetery in Maytown with military honors.

Memorials may be directed to the First Presbyterian Church in Dixon.