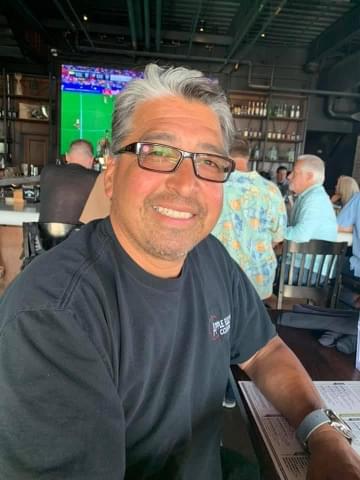 Jubencio Alexander Manzano born May 25, 1967 went to his heavenly Father on November 25, 2020.  Jube was born in Sterling Illinois where he attended St. Mary’s grade school then graduated from Newman Central Catholic High school.

Jube played football, baseball and wrestling in high school.  He was on the 1985 state wrestling championship team.  Jube loved to sing in the school choir.  Some may even have mistaken him for Lionel Ritchie.  After high school, he attended DeVry University.  Later he made the decision to venture out west where he created a life in Colorado.  Jube loved the mountains and all the opportunities the rocky mountain high state had to offer.  Even though he moved to Colorado, Jube still remained an avid Chicago Cubs and Chicago Bears fan.  He wore his team’s colors proudly.

Jube has two daughters Abigail Rose and Sophia Ann.  They were his pride and joy.  He loved being a father and would do anything for them.  He loved to talk about his girls and all they had achieved.  During his time in Colorado, Jube became a Master Electrician.  He started his own business called Apple Electric.  Jube was a hard worker and enjoyed what he did.

Jube was a great friend to all he met.  He had an infectious smile and a heart of gold.  He would do anything for anyone who needed help.  Jube loved to cook.  There wasn’t anything he couldn’t make.  He also loved to golf.  You could recognize him by his signature hats on the golf course.  Jube had a presence about him that made everyone want to be around him.  He told the best stories and made everyone feel welcome.  You may have met as strangers but left as friends.  He was always wiling to lend a helping hand or even just an ear to talk to.  There wasn’t anything you couldn’t discuss with Jube.  If you came to him in a down mood, by the time you left him you were smiling and laughing.  Jube cared for all he loved and only wanted you to have a good day.

Jube is survived by his two daughters Abby of Colorado Springs and Sophia of Englewood.  He is also survived by his parents Jube and Sylvia (Regalado) Manzano, his brother Art and sister in law Dawn Manzano, along with his sister Tiffany Manzano all of Sterling.  Jube had multiple nephews and nieces, Andrew Manzano, Jakob Manzano all of Sterling and Hailey Manzano of Dixon Illinois.  He also had great nephews and great nieces, Aiden, Alaina, Kinleigh, and Kai.  Jube is also survived by his close cousins Curt and Jessica Dusing.  He also left behind multiple aunts, uncles, cousins, and friends.  They all love him dearly, and he will be greatly missed.  He is proceeded in death by one brother Greg Manzano and his maternal grandparents Alex and Antonia Regalado, paternal grandparents John and Dominga Manzano along with multiple aunts, uncles and cousins.

Celebration of the Mass of Christian Burial will take place on Tuesday, January 26, 2021 at 11:00 A.M. at St. Mary Catholic Church in Sterling with Reverend Jorge Bravo, Celebrant officiating. Burial will conclude at Calvary Cemetery in Sterling. Masks and social distancing will be enforced.