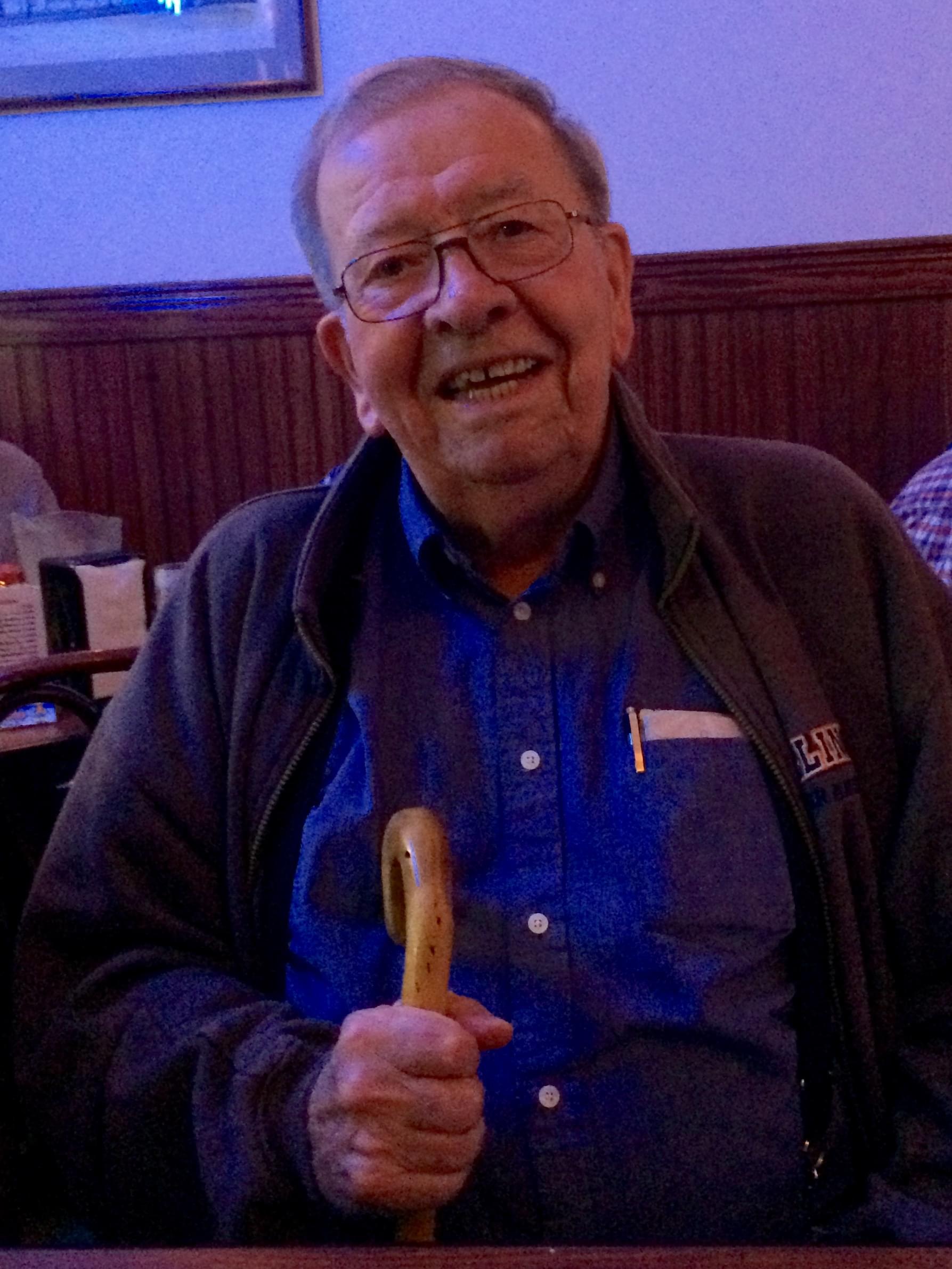 Lyle R. Schrader, age 91, of Walnut, passed away peacefully Monday January 11, 2021 at the Walnut Manor Nursing home with family members (in person as well as in prayer) and his wonderful caregivers at his side.

Lyle was born October 16, 1929 in Sublette IL., the son of George and Ethel (Christiansen) Schrader. As a young child, Lyle successfully battled Polio. This never hindered his love for people, a good adventure and the ability to tell an enthralling story. He was active in the Boy Scouts of America and enjoyed outings with his troop. In recent car rides with his daughter they revisited some of his favorite camping spots. He was a proud member of the Walnut High School class of ‘47. As an only child, his classmates were like family to him. Those friendships lasted a lifetime and he treasured each one. Lyle attended Dana College in Blair, Nebraska for two years following high school. He returned to Walnut to work alongside his father at Schrader Feed and Appliance until the mid1960’s when he joined GBH homes as a kitchen designer. Lyle then worked for the Illinois State Highway department until his retirement in 1992. Lyle married Barbara L. Wharton on February 14, 1954. Their ceremony was performed by Barbara’s father, Rev HR Wharton at the Walnut United Methodist Church. They became the proud parents of two children, Steven and Shelly.

His grandkids loved their duck call outings with Grandpa which included trips to the farm to use their duck calls to see how many flocks they could attract and afterwards a stop at the tastee-freeze for a black cow. They are also fond of the many Old West tales Grandpa would tell around the family’s annual “fall ride” camp fire that included a steaming hot mug of cowboy coffee and s’mores. He was the instigator of many fun campfire songs and knew every verse of the family favorite, “Found A Peanut.” However, their fondest memories are those in which Grandpa was present for all of their life milestones, no matter how big or small. He made it apriority to attend each major sporting event, graduation, church ceremony and wedding. Family, friends and faith meant the world to Lyle and everyone who had the honor to know him felt his pure joy in getting to be with them. He was truly invested in the lives of his friends and those around him.

He was a member of the Walnut United Methodist Church and proudly served on many committees over the years. He served on the Walnut high school board of education in the 1970’s, Bureau County zoning board, and Walnut township board. He was inducted into the Walnut Chamber of Commerce Hall of Fame in 2019.

He was preceded in death by Barbara, his loving wife of 66 years and his parents.

Private graveside services will be held on Wednesday, January 13th. A memorial service honoring both Lyle and Barb will be held at the Walnut United Methodist Church at a later date. Arrangements were completed by the Garland Funeral Home in Walnut.

A memorial has been established to the WUM church.

Online condolences may be sent to www.garlandfuneralhomes.com