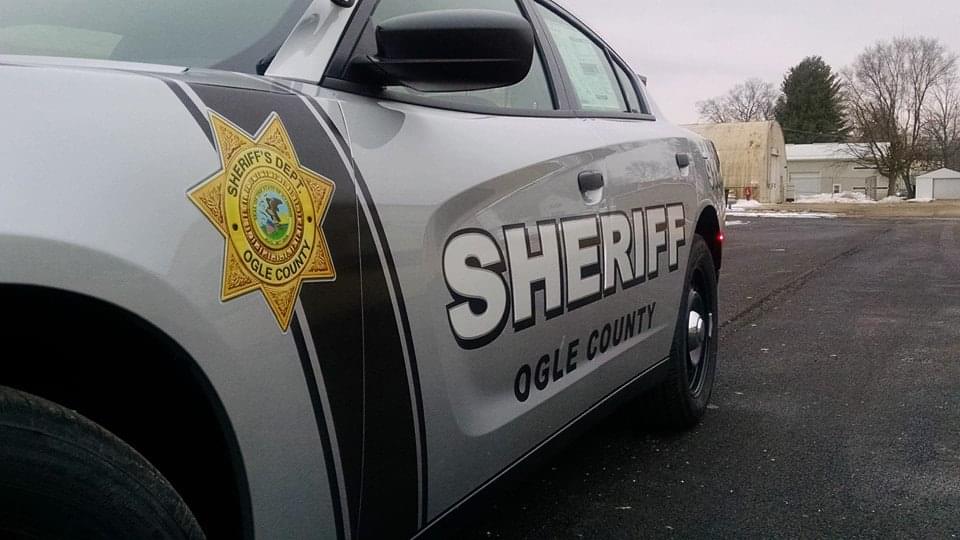 On Friday just after 10:30 pm Ogle County Sheriff’s Deputies responded to a report of a hit and run that had originally occurred in the 5400 block of S. Mulford Rd.

After the original report the offending vehicle fled southbound on Mulford Rd until the driver lost control at the overpass of I-88. The offending vehicle came to rest after striking a guardrail. Upon Deputies arrival at the scene of the crash Deputies determined that the driver and a passenger had fled the scene on foot. Deputies deployed a K9 unit to perform a track and the driver and passenger were located a short distance away hiding in a field.

At the hospital, Mark Burdick was charged with DUI, Leaving the Scene of a Property Damage Accident, No Valid Driver’s License, Illegal Transportation of Alcohol, No Insurance, Failure to Reduce Speed to Avoid an Accident, Improper Lane Usage and Unlawful Possession of Cannabis. He was released on an I-Bond and will appear in court at a later date.

Deputies were assisted at the scene by the Creston Fire Department, Rochelle Police, and the Rochelle Ambulance.