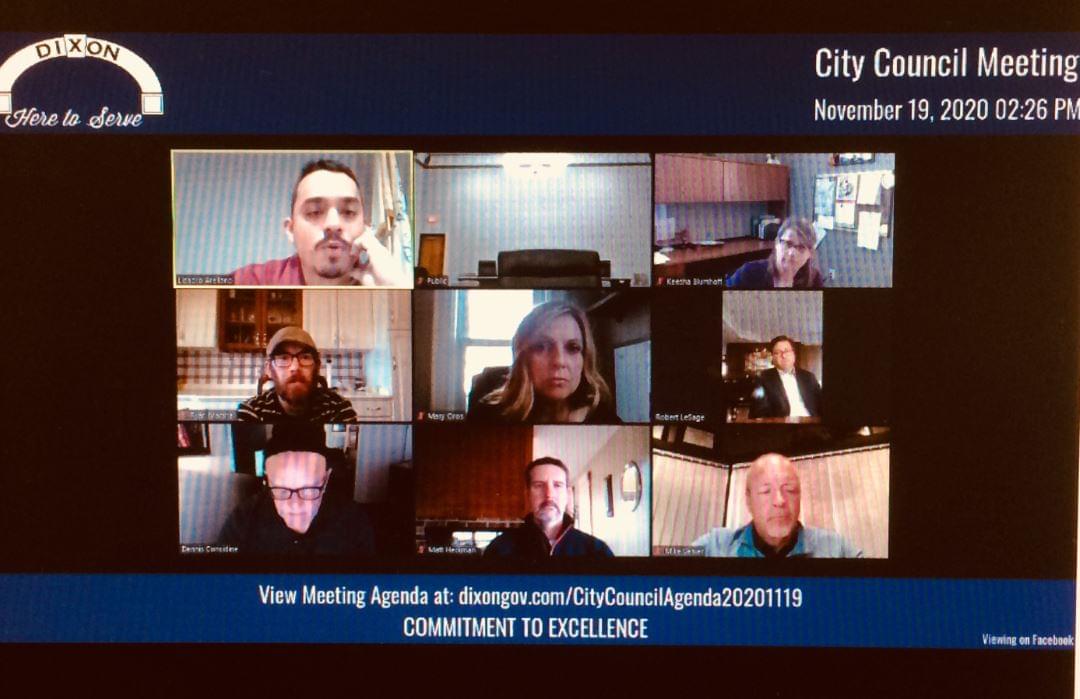 The Dixon City Council Thursday met in a special session to discuss what the city can do to make people more aware and to try and do something to protect citizens from Covid-19.

Mayor Li Arellano let people know almost immediately that the ordinance people were seeing was a sample ordinance put out by the state to cover a wide range of emergencies.  He said the city has no intention of implementing anything like this.  The mayor said some of it, in his view, might even be unconstitutional.  To this end, no Emergency Declaration was being considered anymore.

The mayor said he had no intention of ever sending local police to people’s house to see how many people you may have around the table for Thanksgiving.

What the city is doing is reaching out to bar owners and such to discuss the dangers of having large numbers of people in their establishment during Thanksgiving week.  The mayor said this has been met with a great deal of success and owners have been very understanding.

The next step, said the mayor, is the informing of the public of the heightened risk during the Thanksgiving holiday.  It is strongly recommended by the health department that you keep the Thanksgiving dinner small with only immediate family.