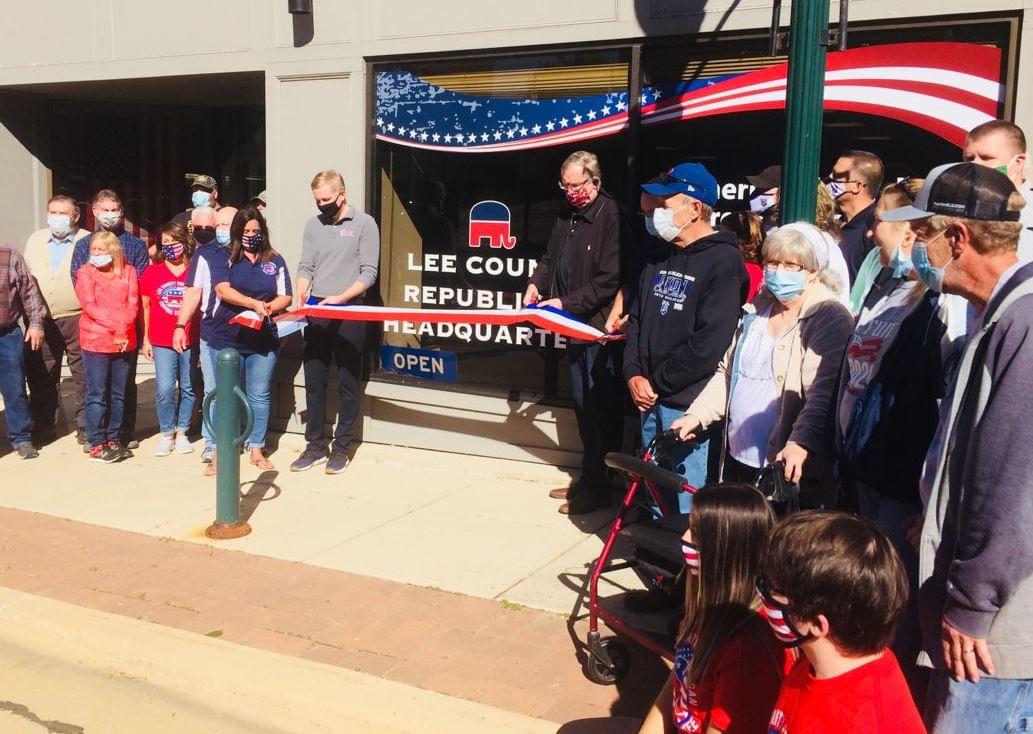 It was a big day on Saturday for the Lee County Republicans as they held the grand opening of their headquarters on South Galena Avenue.  The cutting of the ribbon though was not the only show of support and enthusiasm.

Several speakers gave a few words before the ribbon cutting.  State Representative Tom Demmer spoke to the crowd gathered.  He said even though Republicans are outnumbered in Springfield, their voice is getting heard and people’s efforts are not in vain.

State Senator Brian Stewart was also present and he called this upcoming election one of the most important in history.  He further said it was important to send Republicans to Springfield and Washington because the difference between the parties was more stark then it has ever been.

Following the ribbon cutting, over 30 boats paraded on the Rock River decked out in Trump Pence signs, American Flags and other Republican motif.