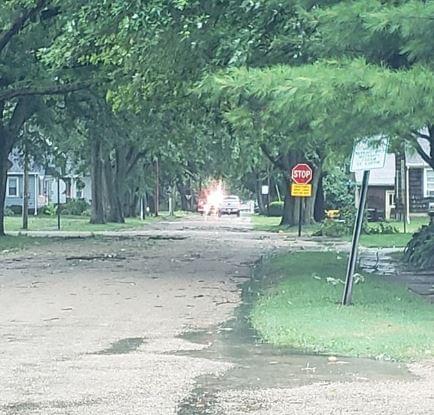 The Oregon City Council had nothing on their agenda Tuesday night and if it wasn’t for the storm on Monday they would have been finished in a matter of 5 minutes.

The severe weather from Monday dominated the discussion.  Most of the discussion had to deal with the city response to the storm.  With the power being out for so long, the Water Department had to go around to the lift and pump stations and use portable generators to keep things going.

Police Chief Shawn Melville said crews were working throughout the night and into Tuesday clearing branches and taking care of downed trees.  He said some areas they had to wait for ComEd to come to town and take care of wires before they could get to the trees.

Mayor Ken Williams was out and about following the storm and he had high praise for the crews out working.  Both he and Chief Melville said Oregon was very lucky not to share some of the same fate as other communities in the Sauk Valley.