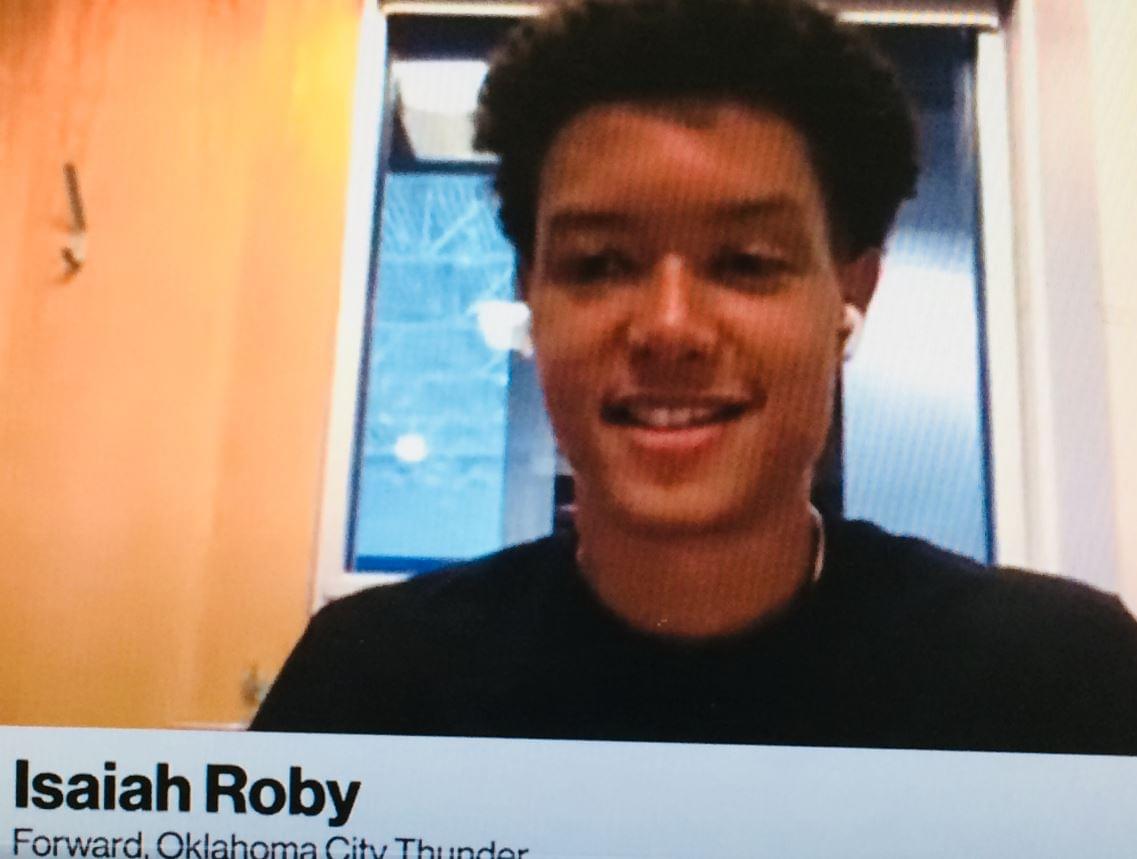 When the people who help build a Dixon Habitat for Humanity Home do their work they are not looking at it as just another project.  Most who give of their time see it as a chance to try and bring hope for the future of the family that will be living in it.

Many years ago Dixon Habitat for Humanity built a home for a family and in that family was a ten year old kid.  This little man couldn’t do much of the heavy work, but, he could do what he could.  That included picking up nails, cleaning things up and getting coffee for someone when they needed it.

No one knew at the time this young man would grow into Isaiah Roby, a member of the Dallas Mavericks of the NBA.  Isaiah said some of his greatest memories are of that house.

They spoke of the impact on their lives of growing up in a Habitat Home.  Isaiah said it makes all the difference in the world to have a home and a room to call your own.

One of the first things he did when he reached Dallas was work at three Habitat sites.  He said his mother told him she expected that of him.