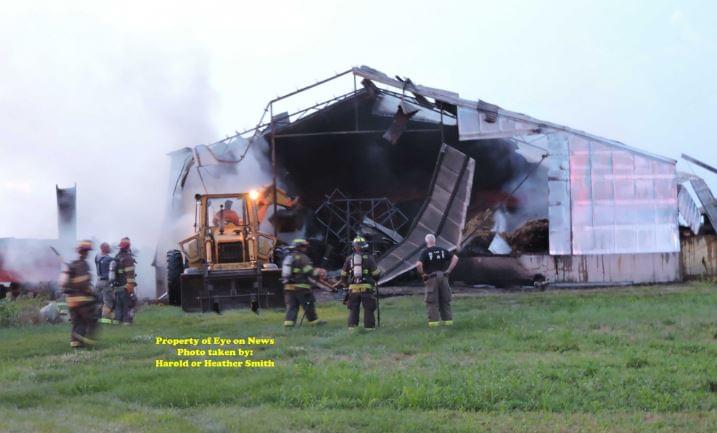 On July 19th Amboy and Sublette Fire Crews responded to a barn fire outside of town.  While on route, Sublette Fire received a call of a second fire about ¾ of a mile away from the first fire.  The two departments split and fought the two blazes.

The two fires happening nearly simultaneously and so close together naturally raised suspicion.  On Wednesday Amboy Police made an arrest in connection to the fires.  Taken into custody was 42 year old Gayla Grossman of Fenton Illinois.

Amboy Chief of Police Paul Smith says Grossman was charged with one count of Aggravated Arson, three counts of Arson, and one each of Possession of a Firearm without a FOID and Possession of the Weapon as a Felon.  Grossman was taken to the Lee County Jail.

The case is still under investigation by the Amboy Police Department, the State Fire Marshall and the Lee County Sheriff’s Department.