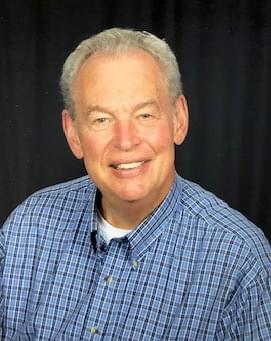 Dirk was born September 16, 1934, in a farmhouse at Mt. Hope, NY, the son of Enno and Marjorie (Zwart) VanDam both from Holland. As a teenager, he came to know Jesus Christ as his personal Saviour, a decision which framed the rest of his life.

He graduated from Moody Bible Institute, served in the United States Air Force and returned to direct Moody Aviation in Tennessee, training missionary pilots. Moved to Dixon, IL and acquired BlackHawk Air Service in 1983, finishing 51 years of professional flying in 2006. Dirk was active in the church most of his life, and loved his Lord and Master. Dirk married his beloved Camilla “Cami” Schut on June 17, 1960, and together they raised four children in Illinois and Tennessee, with much joy and satisfaction and now blessed with 8 grandchildren and four great grandchildren to love too.

Dirk was preceded in death by his parents.

Private Funeral Service will be held on Tuesday, July 28, 2019 at Evangelical Free Church in Mt. Morris with Pastor Bruce McKanna, officiating. Burial will follow at Oakwood Cemetery in Dixon, IL.

In lieu of flower memorials may be made to Evangelical Free Church in Mt. Morris.