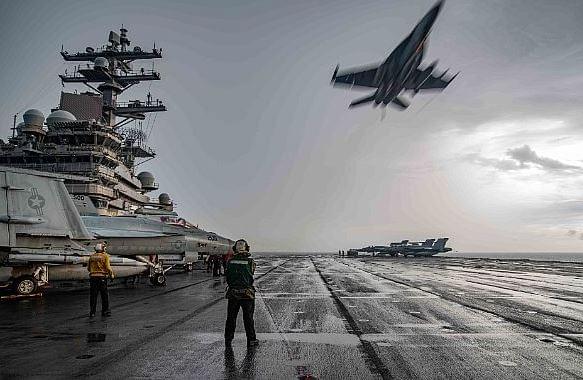 The Nimitz Carrier Strike Force celebrated Independence Day with sea power while deployed to the South China Sea conducting dual carrier operations and exercises in support of a free and open Indo-Pacific.

In the Navies press release said sailors from both carrier strike groups continue to stand the watch, defending freedom every day of deployment, and reflecting on the freedoms we hold sacred and celebrate during this holiday.