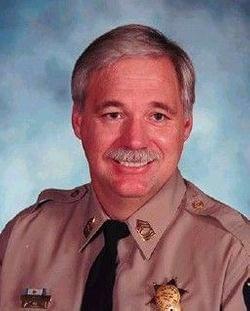 He served as an officer in the Sterling Police Department for 7 years prior to joining the Illinois State Police where he was recognized as the first officer to serve on land, sea, and air until his retirement in 2008 earning the rank of Lieutenant & Bureau Chief of Air Operations.

Fred was born, January 25, 1957, in Spring Valley, IL, the son of Robert Cecil and Edith (Bubb) Moore. He married Laura Moore on February 22, 1995, in Las Vegas, NV. Fred loved spending time with his family and many friends from around the country especially those whom he grew close with during his retirement in Key West. Fred impacted countless lives throughout his career and countless more after, simply by being himself… kind, loving, and gracious.

Fred was preceded in death by his father, Robert Cecil Moore, and mother, Edith Josephine Moore.

A memorial gathering will be from 4:00pm – 8:00pm, on Thursday, July 2, 2020, at Preston-Schilling Funeral Home in Dixon. A Prayer Service will be held at 9:00am on Friday, July 3, 2020 at Lowell Park Lion’s Shelter. Burial of cremated remains will follow at Chapel Hill Cemetery, Dixon, IL.

Memorial donations may be made to MARC House, Key West, FL at .