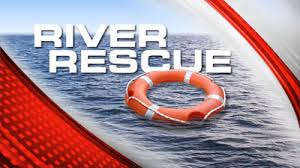 Shortly before 1 pm Sunday Savanna Police received a call of three missing juveniles.  Police responded to the area around the Plum River.  There they found one of the juveniles who informed police they thought the other two were in the Plum River.

Police called for assistance from the Savanna Fire and EMS as well as the Carroll County Sheriff’s Department.  The groups searched the banks of the Plum River where one of the missing juveniles was found in the river clinging to a tree limb.  The juvenile was pulled from the river unharmed.

A short time later emergency responders found the third juvenile about a half mile away.  The third was flown by OSF Life Flight to Rockford Memorial Hospital.  The juvenile’s condition is unknown at this time.