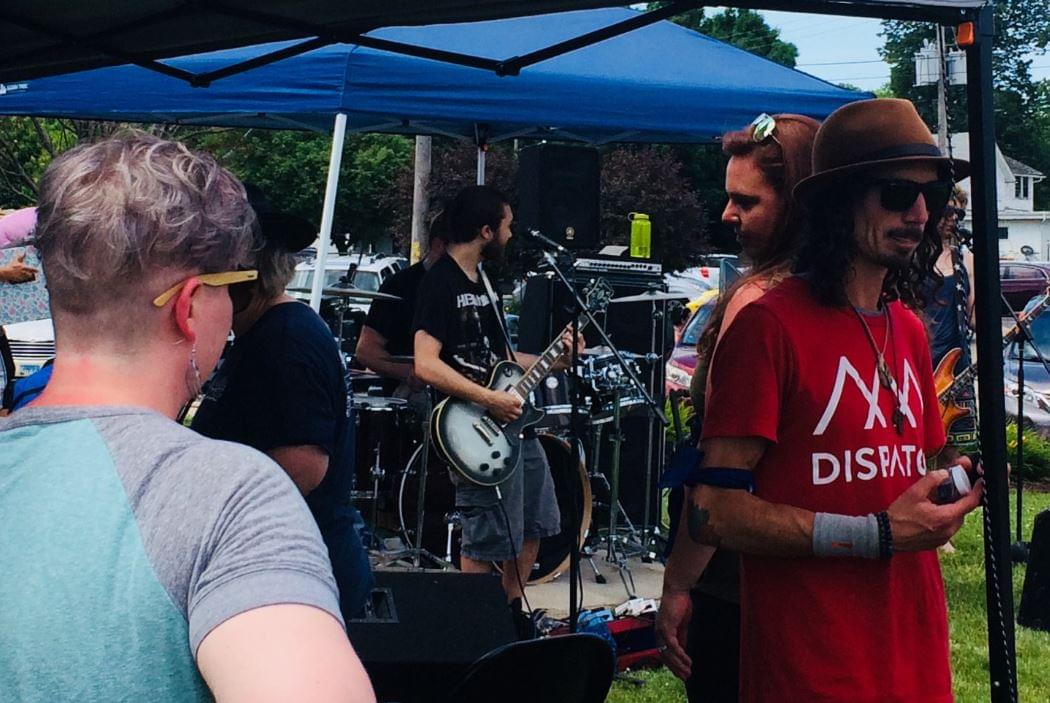 Oregon Chamber of Commerce President Liz Vos said on Saturday she was so proud of all of the businesses in Oregon because they made it.

This past weekend the State of Illinois went into Phase 4 which allowed such things as indoor dining.  The City of Oregon held a Phase 4 Celebration which began with Mayor Ken Williams having an official ribbon cutting ceremony to reopen the town.  The night before severe storms blew through the area, but, Vos did not worry about the weather.

On the lawn of the Coliseum several bands played for the enjoyment of anyone who came by.  The city also held a City Wide Garage Sale.  Vos said you would think something small like being able to go into a restaurant would not be that big of deal, but, it is something she does not think people will take for granted ever again.