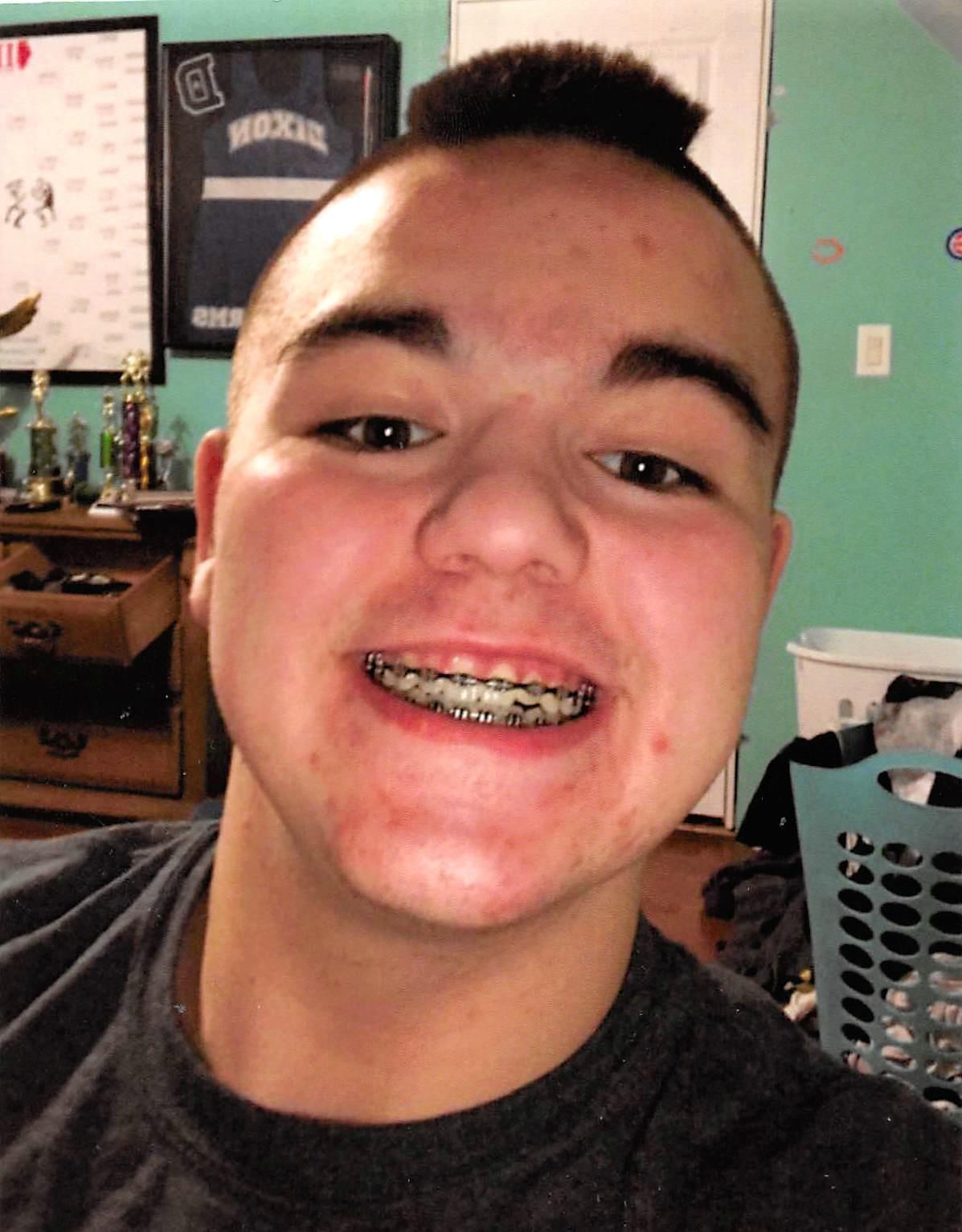 Riley was born July 7, 2004, in Dixon, IL, the son of Samuel and Kelli (Stauffer) Riggen. Riley was bigger than life and his smile was just as big. Riley was the best son, brother, teammate and friend! He gave nothing less than 100% no matter what it was. Riley loved playing football; he played offense and defense, but his passion was wrestling. At his young age he was a national and state wrestling Champion. When he wasn’t competing, he loved working out, listening to music, watching YouTube and playing video games with his friends. Riley was a friend to everyone and always made sure to put a smile on their face.

Riley was preceded in death by his paternal grandpa Richard Riggen and two aunts, Kristi and Kari Stauffer.

Riley donated his organs and became a hero to at least four more families. The impact he made on everyone who met him and his donation will ensure he lives on forever.

Private Visitation will be held on Saturday at Preston-Schilling Funeral Home. Cremation Rites will be accorded.