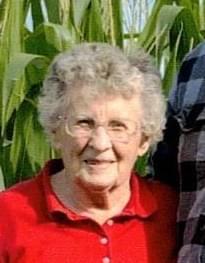 Audrey was born in Lyndon on January 1, 1931, the daughter of Arthur and Edna (Parnhum) Brandt. She married Oscar Brown, Sr. on November 10, 1975 in Mount Carroll. He predeceased her on December 6, 1985. Audrey worked as a secretary at Northwest Plumbing for many years, only recently retiring at the age of 88. She was a member of Duchtown Church of the Brethren in Milledgeville. Audrey enjoyed gardening, horses, attending her grandchildren’s sporting events, and loved spending time with her family.

Graveside services will be held at 11:30 A.M. on Wednesday, May 27, 2020 at Lanark City Cemetery, with Rev. Rick Koch officiating.

Online condolences may be made at www.mcdonaldfuneralhomes.com