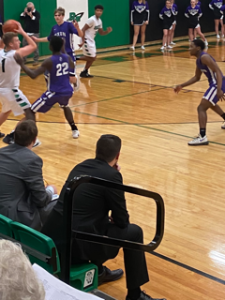 Sandrock is a 2011 graduate of Rock Falls High School. He most recently was the JV Coach at Dixon High School for the past three seasons. Sandrock takes over for Brad Bickett who stepped down after eight seasons to become the Athletic Director at Bureau Valley.

Williamson is 1999 graduate of Rock Falls High Schools. He won the 1998 Class A state championship at 189 pounds while wrestling for the Rockets. Williamson had most recently been an assistant wrestling coach at Rock Falls. Williamson takes over for Derick Cox who stepped down after a nine year run to become the Athletic Director at Prophetstown.