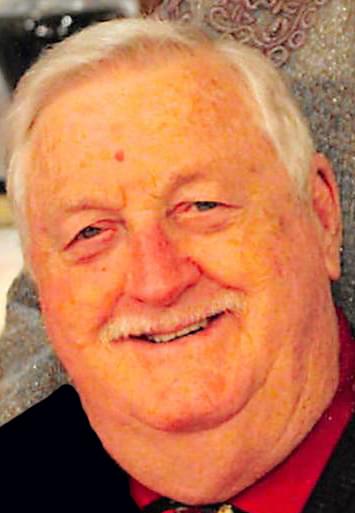 Ron was born, July 28, 1934, in Tampico, IL, the son of Fred and Gladys (Stidd) Brandau. He was a devoted husband, father, grandfather and great-grandfather who enjoyed fishing, golfing, playing cards, and teasing his grandsons. Ron enjoyed old cars and was a member of the Rock River Restores Car Club. He loved talking, laughing and telling stories.

Ron graduated from Ohio High School in 1952 and served in the Korean War from 1953-1955. He returned home to marry his sweetheart, Jeanette Fischer on November 29, 1957, in Ohio IL. He graduated from the University of Illinois in 1961 and became a Licensed Professional Engineer and a Licensed Professional Land Surveyor. Ron began his career as a civil engineer at the Illinois Department of Transportation, District 2. He later became the Assistant Superintendent of Highways for Kendall County Highway Department. Ron finished his career (for the next 27 years) as the Lee County Superintendent of Highways/County Engineer.

Ron spent his life serving as an active volunteer for various organizations. He attended Immanuel Lutheran Church and served as the past-president for 2 terms. In the late 1970’s Ron served as the president of the Dixon High School Booster Club and spear headed the restoration of the high school field and track. He also served as the past president of the Illinois Association of County Engineers and was a long-standing member of the Illinois Society of Professional Engineers. For the past 20 years Ron volunteered at the Leydig Center.

Ronald was preceded in death by his parents, two siblings Richard Brandau and Dorothea Ganschow; niece, Kim Brandau and one brother-in-law, Lowell Drayton.

A celebration of life ceremony will be held at a later date. In a private ceremony, Ron will be laid to rest at Chapel Hill Memorial Gardens in Dixon, IL.

Memorials may be directed to Immanuel Lutheran Church in Dixon or Dixon Food Pantry.