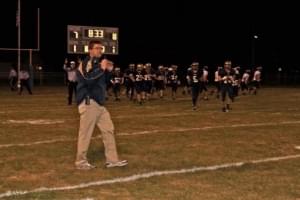 From 2000-2010, the Marcos qualified for the IHSA State Playoffs on five different occasions, advancing into the State Quarterfinals in 2008. Alston admits when he left coaching in 2010, he always wanted to get back into coaching, “When I left in 2010, the main reason was my oldest son was going into high school and I didn’t want to miss him playing sports. So I gave it up, knowing someday I would come back. I wanted to come back a little sooner, but we’ve had great coaches and the timing wasn’t right. Then when Jeff (Bumsted) retired, the timing was right.”

Alston replaces Jeff Bumsted who stepped down as the Polo Marcos head coach following the 2019 season. The Marcos played in the Illinois 8-Man Football Association and won the State Championship last season.