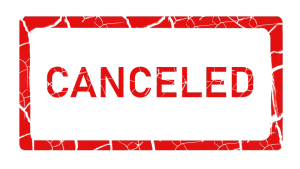 The Illinois High School Association (IHSA) announced on Tuesday afternoon that the 2020 spring sports state tournaments has been cancelled.

The IHSA issued a press release on Tuesday and Executive Director Craig Anderson said, “We support the decision by Governor Pritzker and the Illinois State Board of Education, and given the logistics, we simply felt we could not conduct state tournaments that meet the expectations of our member schools this spring, ” said Anderson. “As disappointing as it may be for students, it is the right decision for their health and safety, as well as for the health and safety of the general public, as we cope with this unprecedented pandemic.”

The IHSA Board also determined that summer contact days are suspended till further notice. The IHSA says if gatherings at some point become safe, then they would be willing to reconsider how summer contact days might be conducted. The IHSA didn’t rule out that if gatherings do become safe, there could be an opportunity for schools to conduct some kind of spring athletic event.

“The possibility of playing a spring sport game this summer is about closure,” said Anderson. “If we are able to offer this opportunity, no student-athlete would be restricted by having already practiced or competed with a non-school team.”

Again, even if schools were able to conduct some kind of spring athletic event, there would be no state series in 2020.