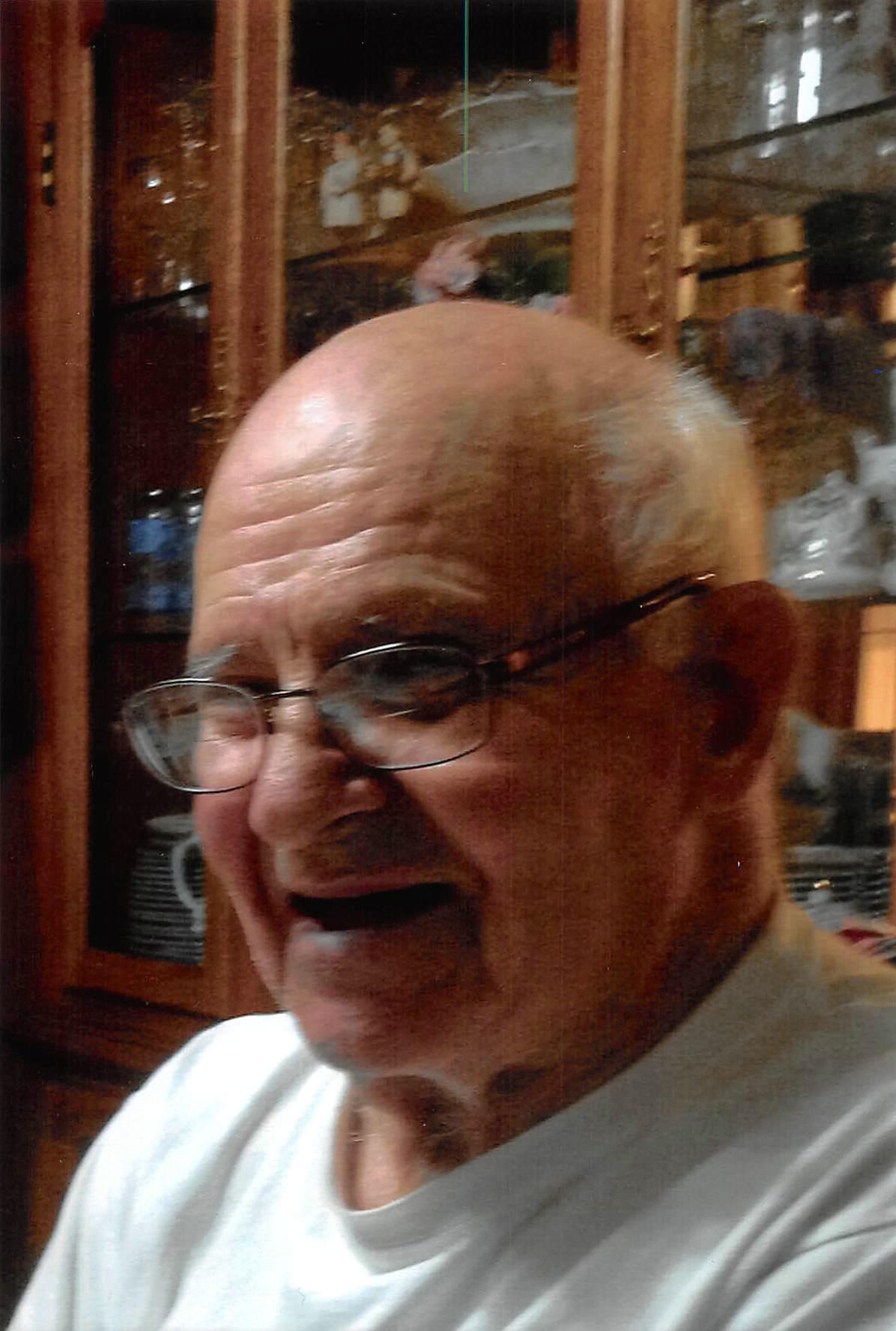 Ronald Dale Cooper 92, passed away February 13, 2020 at the Rock River Hospice and Home in Sterling, IL.

Ron was born January 28, 1928 at the Sublet Hospital to parents Dale and Goldie (Buzard) Cooper. As a youth he lived in Prophetstown,
his family moving to Dixon in June, 1943. He graduated six months early from Dixon High School the class of 1946. Ron worked for the Northern Illinois Utility Company, serving as a lineman, prior to being drafted into the Army in May of 1946. He served as a rifleman in the
occupation of Japan until March of 1947. Upon returning home he married his high school sweetheart, Mary Helen “Mame” Dunbar, December 14, 1947. They were married 70 years until Mame passed in September of 2018.

In 1958 Ron purchased property along Rte. 26 and built his own home for his family, residing there for sixty-one years. On the same land he built a barn and had a swimming pool installed. His pride and joy was building the picnic shelter in 1964 where he hosted over fifty years of Fourth of July party’s for family and friends, serving them plenty of home grown raspberries and ice cream!

Ron was an avid hunter and fisherman teaching those skills to his sons and grandsons. He enjoyed bowling and golfing at Plum Hollow. Ron and Mame purchased a boat and spent many summers days on the Rock and Mississippi Rivers. Starting in 1962, they began traveling with friends and family to their beloved ‘Door County’, Wisconsin. Ron loved telling stories about the part time jobs he had worked: setting bowling pins at the bowling alley in the basement of the A&P Store, tending bar at Doug’s Three Deuces, pumping gas at the DX gas station (owned by Russell Cooper), and shoveling coal at Prince Castle and making ice cream there.

Ron started his career with Northern Illinois Utility Company/Public Service of Northern Illinois/Commonwealth Edison as a lineman in February of 1946. Following several clerical assignments he became an engineering assistant working his way to Dixon-Sterling marketing supervisor. He served on the Sterling Chamber of Commerce Economic Development Group, the Sterling Electrical Commission, and was the Palmyra Township supervisor for 25 years, having the hall renamed in his honor to the Ronald D. Cooper Hall. He owned and operated R. Cooper and Sons Insulating contractors part-time for many years.

Ron and Mame were both life long members of St. Paul’s Lutheran church and belonged to the Dixon Elks Club.

Ron was preceded in death by his parents; his wife Mame; brother Earl Cooper; and niece Patty Sanders.

To his family he wasn’t just Dad or Grandpa – he was their hero!

A celebration of life and visitation will be from 4 – 7:00 pm., on Friday, February 21, 2020 at Preston-Schilling Funeral Home in Dixon. A private ceremony with immediate family will be held at a later date.