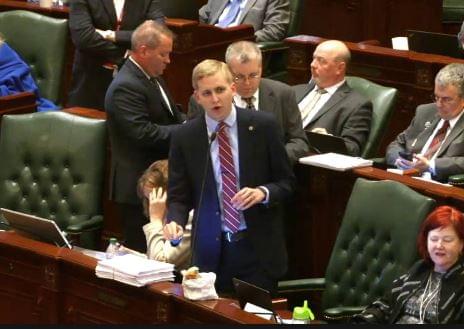 Every community and county in Illinois is working on a budget plan for the upcoming year.  On Wednesday, Governor JB Pritzker will be presenting his idea for a budget for the State of Illinois.

State Representative Tom Demmer of Dixon will be in attendance when the governor makes the State Budget speech.  He said he has some concerns about what the Governor may do.  He said the Governor may have a budget based on the idea the Graduated Income Tax Amendment may be a foregone conclusion.

Demmer said there is more to growing the state finances than just taxation.  He said the Governor has asked agency directors for areas they can cut from their budgets.  Demmer said that is a good place to start.