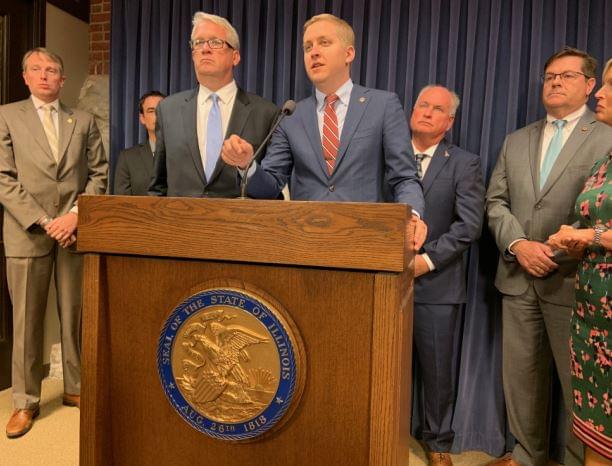 Deputy Republican House Leader Tom Demmer of Dixon said property tax relief has been needed for quite some time in Illinois.  He went on to say, unfortunately, all the Property Tax Relief Task Force has accomplished is vague talk and relief sometime down the road.

Demmer was joined on Monday by fellow House Republicans at a press conference in Rockford.  The group decried the partisan failure of the task force.  Demmer called the 88 member taskforce bloated and that it tied the graduated income tax proposal to maybe some tax relief later on.  Demmer called that not a good deal for taxpayers.

The task force was created and charged with providing short-term and long-term policy recommendations to address the property tax burden.  Demmer said the report also failed to offer any recommendations and only offered ways the government can shift funds from one place to another.

Demmer went on to say the task force is another example of a commission that failed to get its task accomplished.