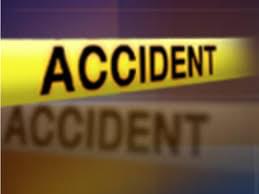 Shortly before 8am Wednesday the Lee County Sheriff’s Office responded to a two-vehicle collision on Route 30 at the intersection of Rockyford Road, rural Amboy, Illinois.

A John Deere spreader, driven by 32 year old Shawn Dickson of Dixon was traveling eastbound on Route 30 and attempted to turn northbound onto Rockyford Road when an eastbound semi/trailer, driven by 46 year old Maciej Szyszko of Norridge, IL was passing the John Deere in the westbound lane of travel and collided with the John Deere.  There were only minor injuries as a result of the crash.

Szyszko was cited for Failure to Reduce Speed to Avoid an Accident and Improper Passing.