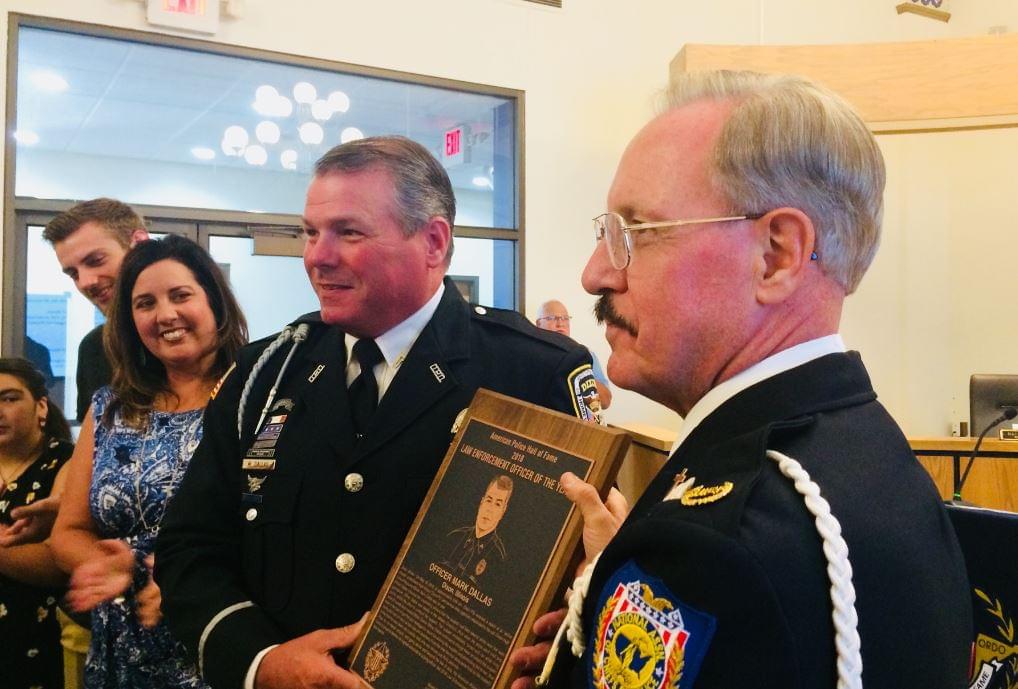 Thursday morning at the Dixon City Hall in the Council Chamber there was a gathering of everyone from politicians such as Congressman Adam Kinzinger to members of local law enforcement to city officials as well as friends and family.

They were all there to see Dixon Police Officer Mark Dallas receive one more award for his actions at Dixon High School in May of 2018.  This time the award came from the American Police Hall of Fame in Titusville Florida and it is the National Officer of the Year award.

Chief/Chaplain Jack Rinshich, President of the National Association of Chiefs of Police presented the award to Officer Mark Dallas.

Rinchich said there are so many acts of bravery and heroism exhibited by law enforcement around the country every year. He said Dallas showed the highest form of courage and commitment under fire.

The plaque Dallas received is a replica of the plaque which will be displayed on the Wall of Honor at the Police Hall of Fame.  It bears an image of Dallas and a recounting of the events and his actions on May 16th of 2018 when he confronted a gunman at the Dixon High School.