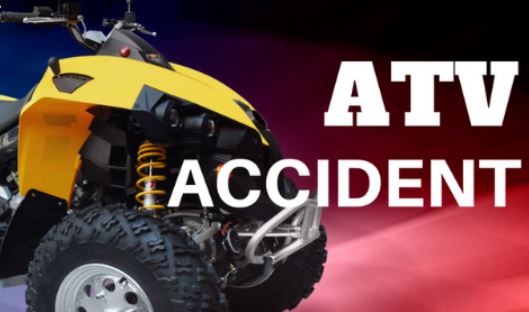 Saturday evening around 7:22 the Lee County Sheriff’s Office responded to the area of Woodlawn Road and Reynolds Road regarding a four wheeler accident.

Deputies say 42 year old Jeffrey Delong from Paw Paw was located in the east ditch along Woodlawn Rd underneath the four wheeler. The four wheeler was removed from Delong, Delong was then airlifted to St. Anthony’s Hospital in Rockford Illinois. Delong has been listed in stable condition.

The Lee County Sheriff’s Office was assisted at the scene by the Illinois State Police, Shabbona Ambulance, and Lee Fire Department. This incident remains under investigation.