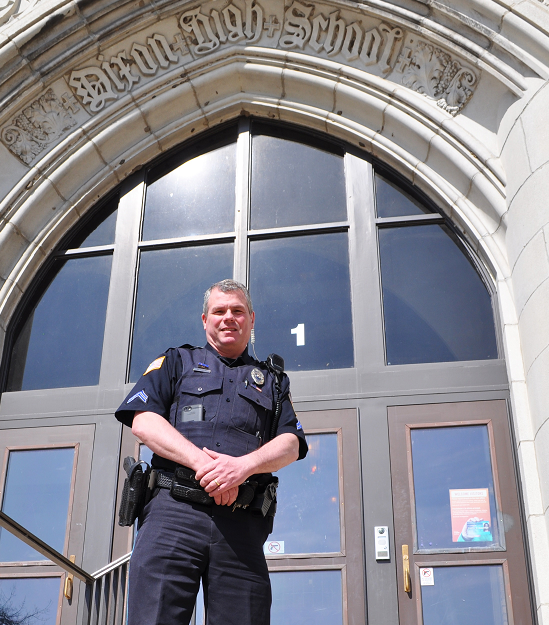 Ever since the events of May 16, 2018 the name of School Resource Officer Mark Dallas has been synonymous with the word Hero.

For the past year Mark Dallas has received almost every honor a police officer could receive.  He has been praised from Dixon to the President of the United States.  School Superintendent Margo Empen called Dallas a member of the Dixon Public School family and they will be forever grateful for his service.

About the beginning of June Officer Mark Dallas let it be known it was time to retire.  This set into motion a police department and school district process to select the new School Resource Officer.  Police Chief Steve Howell believes they have found the person to fill the big shoes left by Mark Dallas in Officer Chris Scott.  In mid-July Scott competed the Basic School Resource Officer classes, said Howell.

Scott is an 11 year veteran of law enforcement and holds certifications in Field Training Officer, Hostage Negotiator as well as Resource Officer. Scott serves on the committee that hosts Clothes for Kids and Shop with a Cop.

At the upcoming School Board meeting the district and the police department will honor Mark Dallas and introduce Chris Scott.  The meeting will be 6pm on August 14th at the District Offices.