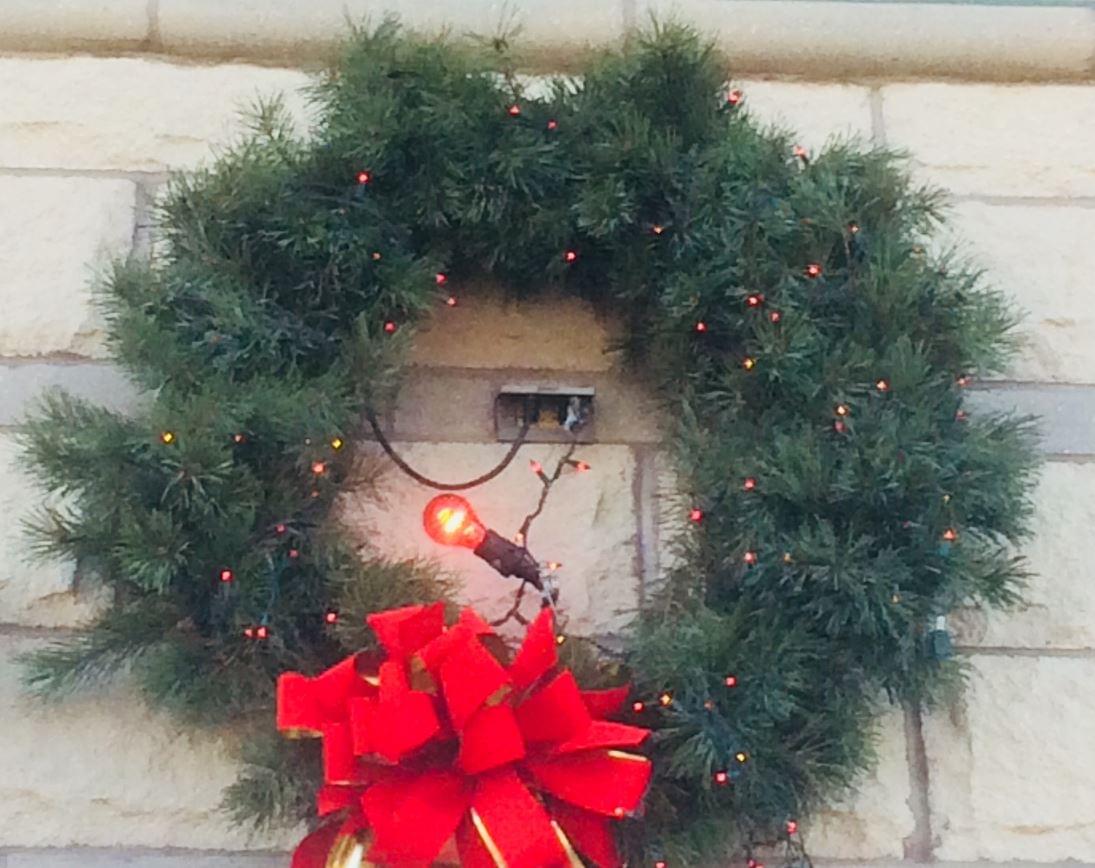 The tradition of a red lit Christmas Wreath hanging over the doors of the Dixon City and Dixon Rural Fire Departments continued Thursday.

For the past 26 years both departments have participated in the Keep the Wreath Red Campaign.  In the center of the wreath is a red bulb and as long as that bulb stays red, that means no fire was caused by Christmas decorations.

Dixon City Fire Assistant Fire Chief Dave Lohse said there has only been a couple of times in the past 26 years when they had to change the bulb to white.  He went on to say it has been quite awhile since it was changed and they hope to keep it that way.  Lohse admitted that one of the reasons Christmas has become safer is the fact the decorations and fake trees are made to be more resistant to problems.

The number one concern firefighters have are those who have real trees.  Lohse said it is vitally important to keep the real tree well watered to prevent it from drying out.

He also warned of candles, saying many times people will light candles and then forget about them.  It was also suggested people keep the candles away from flammable items.  Another suggestion was to not overload your outlets and check the holiday lights for frayed wires.