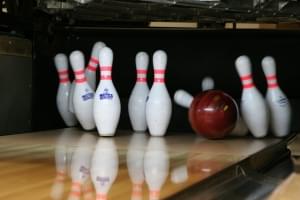 The Dukes were led by senior Trevor White with a 688 series. Seniors Tyler Yocum and Austin Portner added series of 642 and 587 respectively.

Sterling was lead by Junior Carter Schlegel with games of 199, 200, 266 and a series of 665. In the last game, Carter opened in the 9th frame, but had 11 strikes. Carter was followed by Junior John Oelrichs with a 547 series.

The Oregon Hawks picked up a win over Marengo on Tuesday afternoon to improve to 7-1 on the season.

Oregon improved to 3-0 on the year with a win over Marengo.