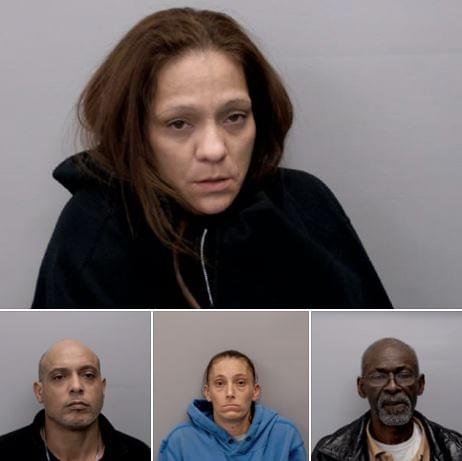 On Wednesday, Dixon Police conducted a drug investigation into several individuals selling cocaine in the City of Dixon.

In the press release, the department had received several complaints and information regarding drug activity in the 1000 block area of Highland Avenue.  Dixon police announce Thursday that several individuals were arrested for selling and possessing cocaine.

Those who were arrested were 43 year old Vanessa Echartea, no permanent address, 42 year old Roaul Anderson and 41 year old Toniette Freeman, both of Rock Falls and 65 year old Lonnie McGee of Sterling.

All four were processed and taken to the Lee County Jail.