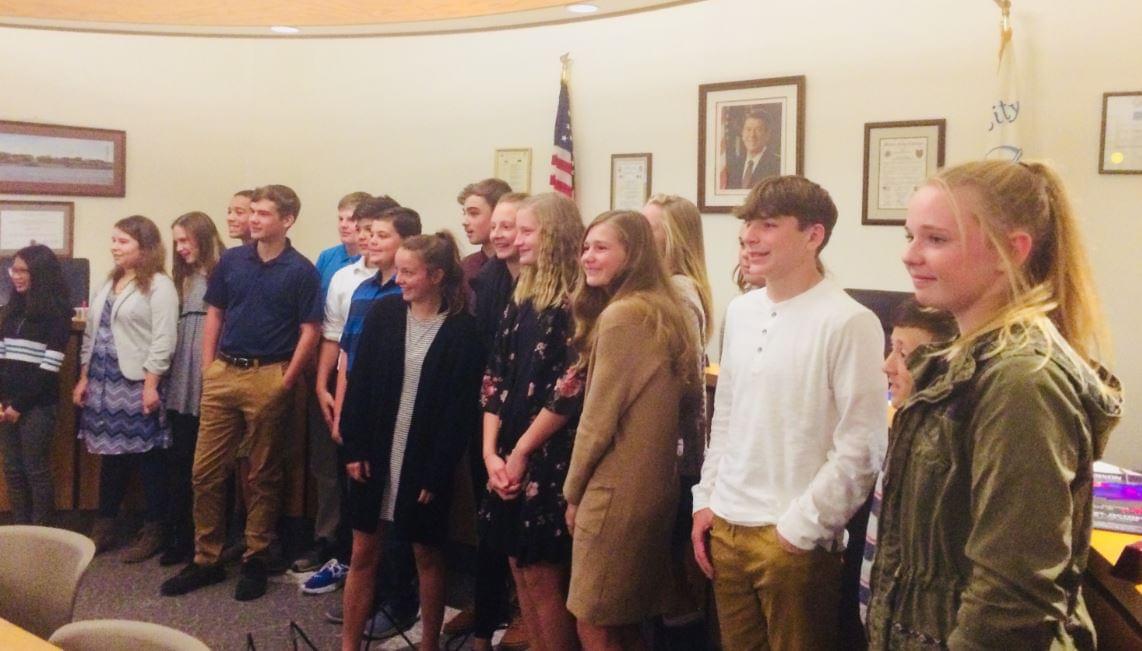 During the day on Monday and during the Dixon City Council meeting last night a new batch of council members ran the show. Monday was Government Day and several kids, mostly from Reagan Middle School, came to find out how a city the size of Dixon operates.

In previous years a student would be teamed up with a city member for half a day.  Now the city takes the students on a tour of the inner workings of the city.  Dixon Police Chief Steve Howell said the students seemed interested in the equipment of the police and fire departments.

Eric Ferguson of Reagan Middle School said the students were amazed at what needs to happen to keep the city services working. He hopes this will spark their interest in helping the city in some way during their life.