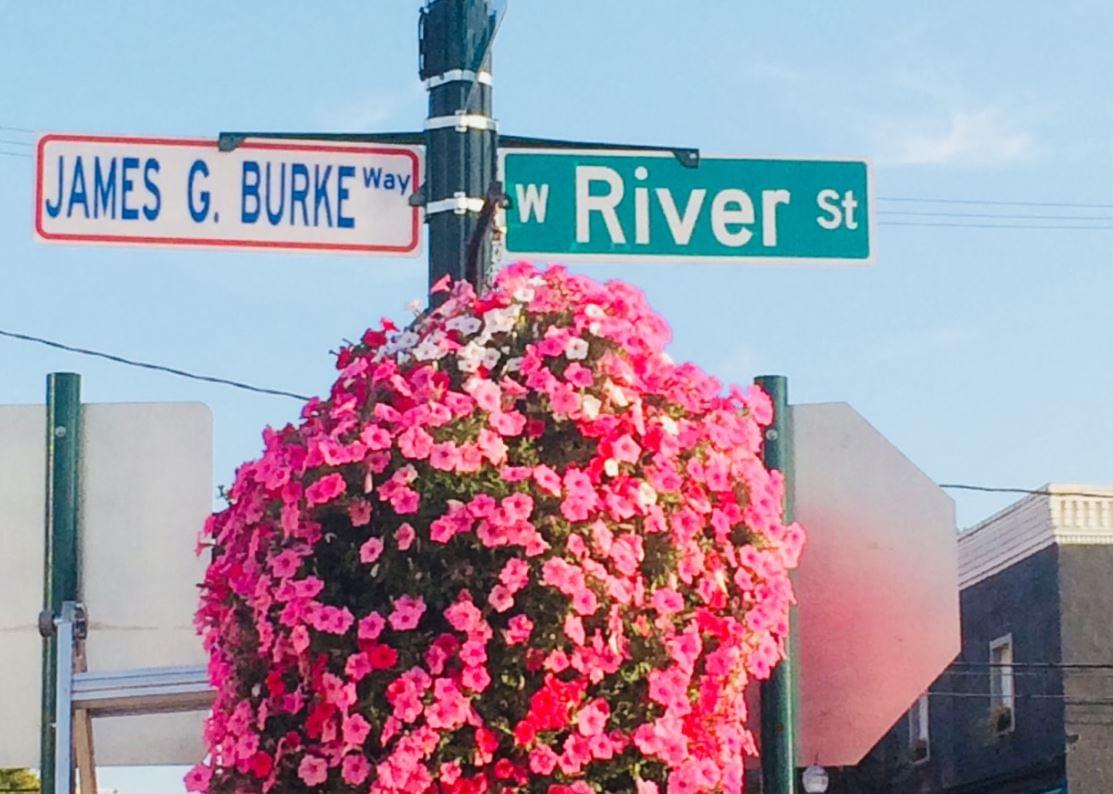 It was a special night on the Dixon Riverfront Thursday. Hundreds of people were in attendance and they were there for one reason.  It was to honor the man who had the vision for the Dixon Riverfront and pushed that vision into reality for all of Dixon to benefit from.

The special Business after Business event, hosted by the Dixon Chamber of Commerce and Main Street, was a chance to honor Former Mayor, the late James G. Burke.

Many people spoke of working with Burke and how he always had one goal and that was to move the city forward and make it better.

One of those who also spoke was his wife Lucy.  After introducing her family she said the mayor would have been very humbled by the honor of being remembered in this way.

Following the speeches Councilman Mike Venier made the unveiling of the new street signs calling that part of River Street, the James G. Burke Way. He then said bronze letters will soon be installed on the pavilion at the Riverfront and it will be forever known as the James G. Burke Pavilion.