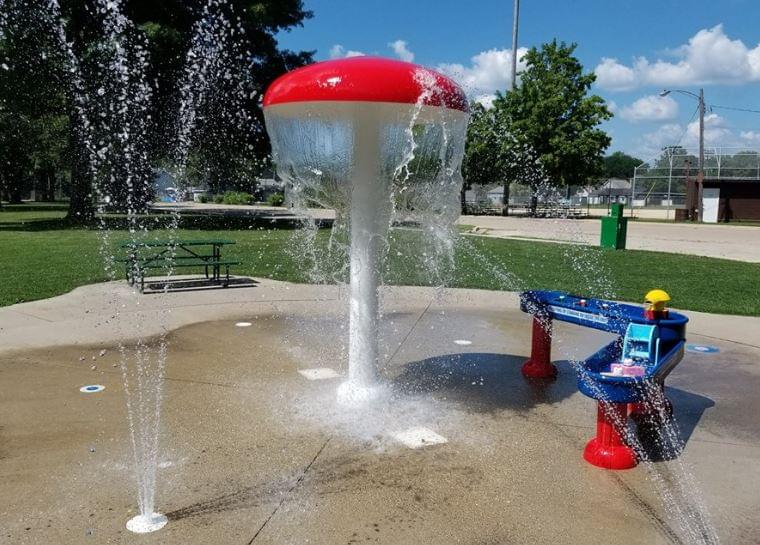 The Water Wonderland Splash Pad, during this hot summer, has been a favorite destination and not just for Dixon residents.

During the Dixon Park District Board meeting Wednesday night, Executive Director Duane Long went over the numbers concerning Water Wonderland.  He said at any one time since it has been open, 35-50 kids can be found at the pad.  He also spoke of people traveling as far as from Pecatonica, Rockford and even Chicago to use the pad.

With the Water Wonderland being so popular it was also noticed the other splash pad in Dixon is now being almost unused.  The Vail Splash Pad, Long admitted, has dropped off completely.

He went on to say this is understandable, but, the district is committed to providing for the residents on the south side of Dixon.  He said for next year they are planning to expand and improve the Vail Park Splash Pad.  Then if they can do these improvements they plan to have a major ceremony there and they want the public to know they are not sitting on their hands.

The improvements would include enlarging the pad so two age group area would be available. This would also mean more features installed and benches with shade.

Long said all of this depends on funding.  But he said it is a big deal to him, especially since Long lives on that side of town.