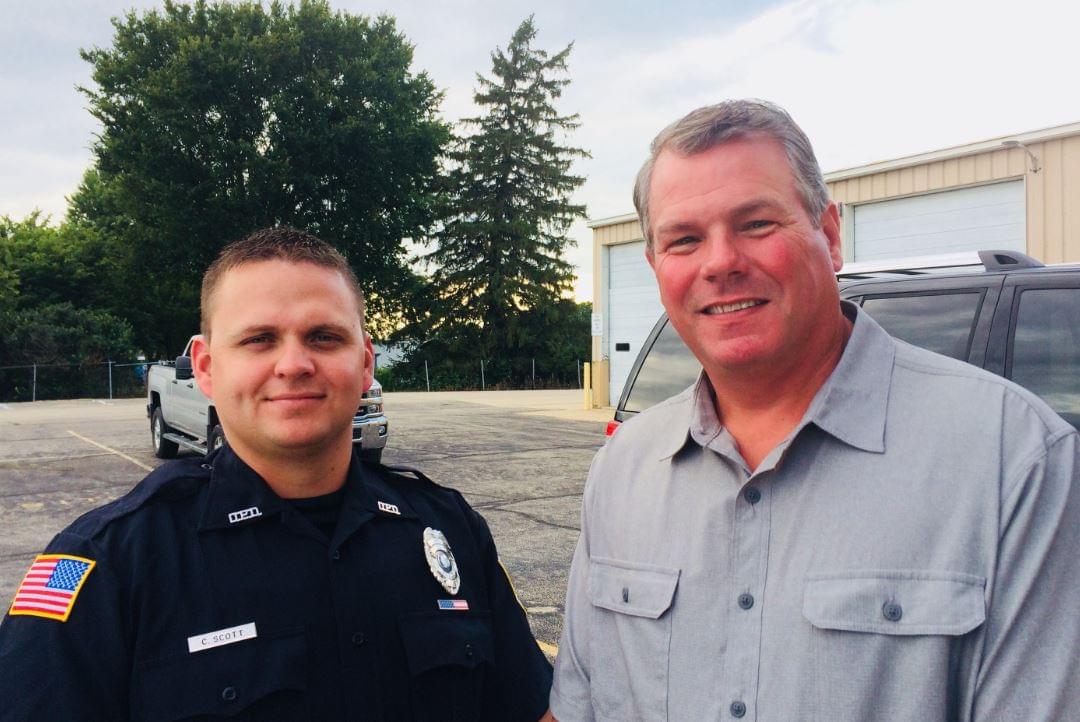 Wednesday night at the Dixon School Board meeting it was the official changing of the guard and it was an emotional time to say Thank You and Farewell.

During the meeting the board was given the chance to express their thoughts and appreciation to retiring School Resource Officer Mark Dallas.  Dallas, who has gained a sort of legendary immortality in the school and community, has stepped down and retired from the police force.  Superintendent Margo Empen stated Dallas was not just the Resource Officer, but, he is family.

Empen went on to say they are grateful to Dallas, not just for what happened on May 16th of 2018 when he confronted a gunman at the high school, but, for all the other things he has done during his tenure.

The board was also introduced to the new Resource Officer Chris Scott.  Scott admits he is a bit nervous as he tries to follow in Dallas’ footsteps and he hopes to gain the trust of the students just as Mark did.

Dallas said he has been working with Scott and has given him advice and tips concerning the school.  He said Officer Scott will do a fine job.