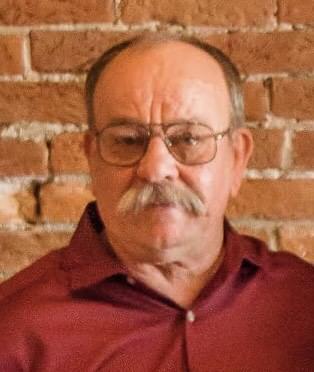 The man. The myth. The legend. Men wanted to be him and women wanted to be with him. Jerry Ray Habben, 63, of Morrison, died Tuesday, February 5, 2019 at Rock River Hospice and Home after a courageous battle with cancer.

Jerry loved spending time with his family, his grandchildren always held a special place in his heart. He also enjoyed socializing with his friends at work, hanging out in his garage, fixing everything and anything, Saturday night pizza, gardening, and having a few cold ones.

Jerry was born on November 4, 1955, in Morrison; the son of Ray and Mary Jane (Mort) Habben. He grew up on a farm in Round Grove, he loved living in the country and raising animals including his beloved coon hounds. Jerry attended the one room Round Grove school house thru 8th grade. In his early adult years he built houses with his brother Bob and then moved on to a job at IBP in Joslin. Eventually, Jerry found a job closer to his home and family, he worked at Lawrence Brothers Hardware for 15 years until the plant closed down. For the last 15 years Jerry has been employed at Wahl Clipper Corporation where he rarely missed a day of work and stayed on night shift because, as he always said, there was less drama.

At Jerry’s request there will be no visitation or funeral service scheduled. Cremation rites will be accorded and a private inurnment will take place at the Grove Hill Cemetery in Morrison. A Celebration of Life Party will be held Memorial Day Weekend, more details to be announced later.

A memorial has been set up to purchase a park bench at Rockwood State Park in his memory. Condolences may be sent to www.schillingfuneralhome.com.