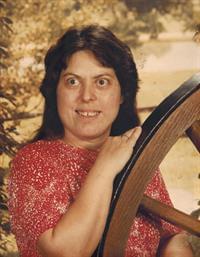 Shirley was born on April 21, 1949 in Sterling the daughter of Thomas and Bernice (Ennis) Holcomb. She married Harold G. Adams on October 29, 1977 in Rock Falls. Shirley was a homemaker who loved her kids and grandkids. She also loved Elvis Presley.

Visitation will be from 4-6:00 PM Wednesday, March 7, 2018 at the McDonald Funeral Home in Rock Falls. Cremation rites will be accorded. Private family burial will be held at later date. Online condolences may be sent to www.mcdonaldfuneralhomes.com